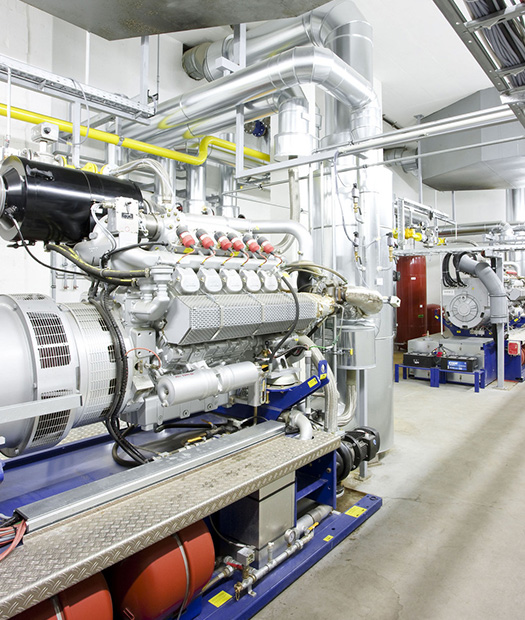 Over 200 delegates came together to discuss how CHP can benefit their organisation and the potential cost and environmental savings CHP can deliver. The agenda also included practical case studies from real life projects in both the public and private sectors and delegates also had the opportunity to meet with suppliers and consultants who advised on suitable solutions for their organisation.

A massive thank you to all the speakers who made the event a huge success and to all our delegates who attended.

James is the Secretary General of Eurogas, a role he has held since January 2019. Eurogas is the association representing the European gas wholesale, retail and distribution sectors. Prior to taking the helm at Eurogas, Dr Watson was the Chief Executive Officer of SolarPower Europe, the European solar industry association. Before joining SolarPower Europe, Dr Watson worked as the Director of Public Affairs for Weber Shandwick, specialising in energy and trade policy. Before coming to Brussels, Dr Watson worked for the Commonwealth Secretariat on a European Commission project on trade and sustainable development based in Ethiopia. Earlier in his career James worked for various UK government bodies in London and worked as a lecturer in Environmental Law at the University of Manchester.

He holds a Ph.D in International Trade and Environmental Law from the University of Leeds, and is currently a Visiting Professor at the Vrije Universiteit Brussel.

Therese has extensive knowledge of the energy industry within Ireland and is particularly expert in the area of demand side response and energy efficiency. In 2011 she established her own consultancy -- her client base includes, The Demand Response Aggregators of Ireland (DRAI), Sustainable Energy Authority of Ireland (SEAI), International Energy Agency (IEA) and The World Bank. Before becoming an independent consultant, Therese spent 10 years with SEAI working on the development of sustainable energy policy and managing a range of energy efficiency programmes and demand side management programmes. She currently provides secretariat services to the DRAI and also provides technical support to SEAI’s Low Carbon Technologies team and the Smart Energy Communities programme. She is a Chartered Engineer with an MBA and is up to date with European and national sustainable energy policies.

Fintan Lyons is the founder and Managing Director of Kaizen Energy. Kaizen Energy specialise in the operation, management and maintenance of district heating systems. Kaizen currently operate over 45 local networks across the Dublin region which supply direct heat and hot water to nearly 5,000 residential and commercial customers. The majority of these systems are powered by gas fired micro CHP. Setup in 2013, Kaizen Energy is the leading operator of district heating systems in the country.

Caroline Bragg leads the development of the Association for Decentralised Energy’s policy and regulatory work, working closely with members and policymakers to promote the sustainable development of the decentralised energy sector in the UK. Caroline joined the ADE from RenewableUK where her work in the policy team included the Levy Control Framework and its support schemes, network charging and reform to balancing and capacity markets across low carbon technologies. She has experience working across heat, energy efficiency and power policy with Government, Ofgem, National Grid and others. Caroline holds a MSc from Oxford University and a BA from Manchester University.

Cormac Healy is Energy Management Lead for Dublin City Council. He has a background in Economics and Management and has pioneered and championed Energy Performance Contracting in the Local Authority sector, working closely with CoDEMA and the SEAI to prove the model in the Irish market. Cormac was nominated twice as a finalist in the National Energy Awards and was previously Director of Marketing with a State Agency and Managing Director of a company in the private sector. New and refurbished CHPs have played an important role in the suit of measures undertaken in the Council’s EPCs with the most recent install in December 2019 in Ballyfermot Leisure Centre (70KW Electrical, 109KW Thermal).

As National Customer Acquisition Manager at Gas Networks Ireland, Fran McFadden is responsible for growing the number of natural gas customers nationally and for the company’s overall customer acquisition strategy, across the industrial, commercial, new housing and mature domestic sectors. A Donegal native, Fran has worked in Gas Networks Ireland for over twelve years. Prior to joining Gas Networks Ireland, Fran held sales management positions in the telecommunications sector, with Artesyn Technologies. Fran holds a BA in Electronic Engineering from University College Dublin.

Ed O’Donoghue is Technical Sales Manager at Electricity Exchange, Ireland’s largest provider of demand side services for CHP’s. Electricity Exchange’s unparalleled experience and technology allows client CHPs to contribute to Ireland’s renewable electricity targets. Ed’s relaxed and personable approach, underpinned with sector expertise encourages clients to confidently embark on demand side services with their CHPs. Ed is a master’s degree qualified electrical and electronic engineer who has used his engineering formation to contribute to improvements in Irish housing and renewable energy development. Ed was responsible for building the first certified A-rated house in Ireland in 2007.

William Keeling is Managing Director of FoodCentral (www.foodcentral.eu), the food business park near Dublin Airport and Property Director of Keelings, the family owned fresh produce business (www.keelings.com). William has been a board director for more than 20 years. Keelings purchased a 2MW CHP plant in 2010 in connection with horticulture glasshouse production and Ruud Brouwer, project manager DLVge in the Netherlands, has been involved in the installation and management of the CHP unit from the beginning.

Cormac Reynolds is the Technical Services Manager with University College Dublin. He has two decades of successful experience in Campus building and utility infrastructure development, maintenance and energy management. Cormac lead the energy team who achieved 50,0001 Energy Management Systems accreditation for the University’s in 2016. A strong believer in new and proven technology solutions, he was instrumental in the University’s decision to replace and upgrade the UCD Belfield Energy Centre CHP system in 2018.

Ruud Brouwer is an Experienced Project Management Consultant for Keelings with a demonstrated history of working in the mechanical or industrial engineering industry in various countries around the world. Ruud focuses on Sustainability, Renewable Energy, Agribusiness, Sales Management, and Project Management and he originally graduated from HTS Alkmaar.

Garret Marrinan is the current General Manager at the Gibson Hotel where he has been General Manager for the last three years. Garret is a multi-property hotel General Manager with 30 years’ international experience in the hospitality industry, including the USA, the UK and Ireland. He is a graduate of Dublin College of Catering and also of Marriott Hotels International Management program.